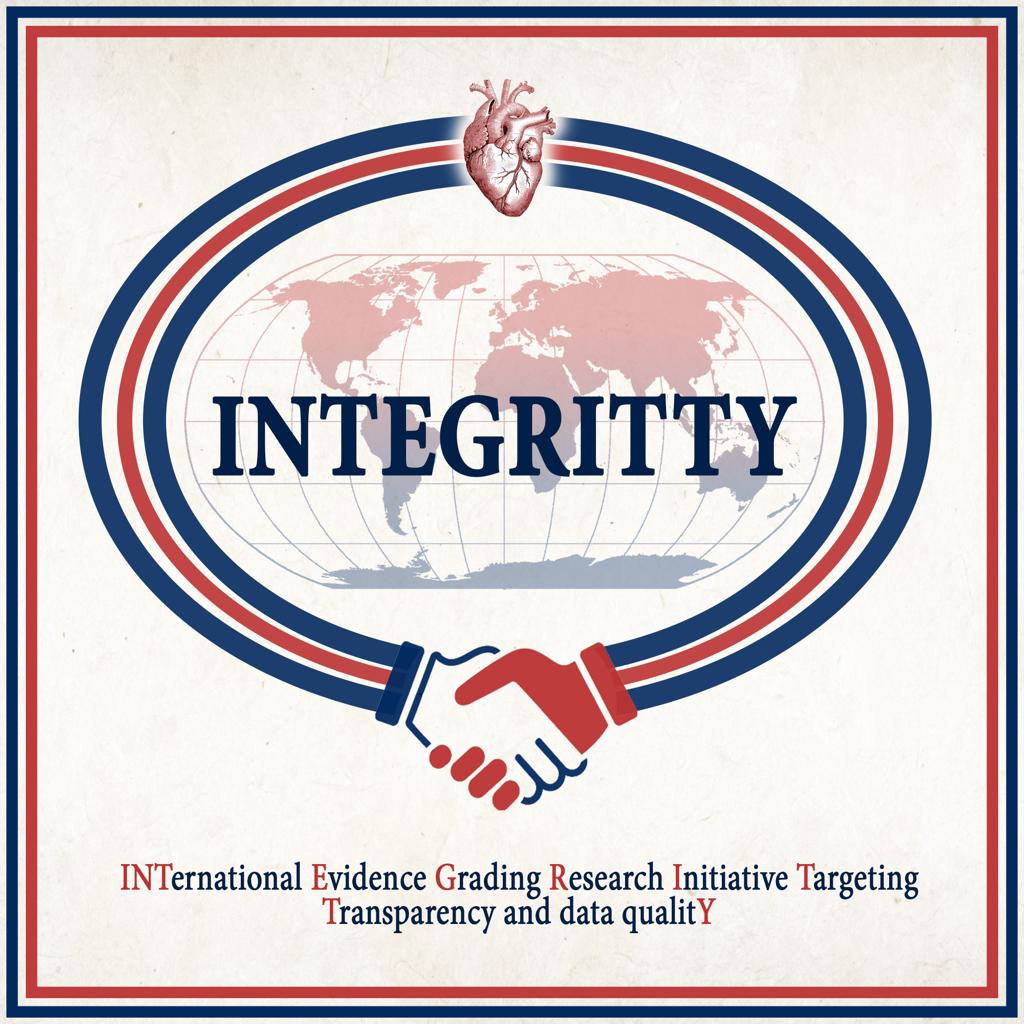 Cardiac surgeons and cardiologists with keen interest in scientific transparency have gathered  in a group called INTEGRITTY. LACES strongly supports the aim of INTEGRITTY and actively participates in the academic activities developed by this group.

INTEGRITTY (INTernational Evidence Grading Research Initiative towards Transparency and data qualiTY) is a multidisciplinary group of academic professionals brought together by a common objective: critical appraisal of evidence to support  better and optimized patient management. The field of cardiovascular medicine has witnessed increasing confrontations between groups with duality of interests, such as intellectual, political or financial. This has reached an unacceptable level, and major randomized controlled trials and guidelines from prestigious societies are questioned in their credibility. Although controversy is a way to reach consensus, this has not always been the case during recent years. The gap between evidence and guideline recommendations is getting wider. Prestigious members and key opinion leaders from surgical and cardiological societies worldwide who identify an urgent need to publicly express inconsistencies in current clinical recommendations and clinical trials have united to provide a common independent voice as free from conflicts of interest as possible.

The vision of INTEGRITTY is to promote and provide unbiased, critical and unconflicted evidence in cardiovascular medicine in order to aid healthcare professionals to make the best choice with patients, in compliance with the mission of academic institutions and scientific societies of pursuing consistency of knowledge and evidence-based decision-making.  Our scope is to appraise and evaluate evidence through a multidisciplinary team of experts, and provide  an independent description and interpretation of it.

INTEGRITTY members are committed to this challenging scope in the field of cardiovascular medicine; they wish to recenter the debate over the essentials:  independent research, fair clinical decision making and in-depth evaluation of the published literature.

The members of INTEGRITTY are: