Breaking mechanical prostheses? How far is it going to be allowed?

Patients with failed bio prostheses are an increasing population at high risk for redo surgery. Valve-in-valve transcatheter aortic valve implantation is a promising alternative, but a limited number of first-generation devices have proven efficacy in all cases

Aortic valve (AV) replacement surgery has been the standard treatment for patients with dysfunctional aortic homografts, mechanics or biologicals prostheses; particularly in cases of severe stenosis or regurgitation. [1] The increased risk is partly attributable to the characteristics of the patient population because patients undergoing reoperations tend to be

older and have more comorbid conditions and worse cardiac function [2], but it is also related to the complexity and technical challenges of reoperations. Reoperative AV surgery often presents complex technical challenges such as mediastinal adhesions and an increased risk of injury on reentry or to previously placed bypass grafts. Furthermore, alternative cannulation strategies have to be used with suboptimal myocardial protection. Injury to previously placed coronary grafts has been associated with high perioperative myocardial infarction rates (40%) and elevated mortality (8% to 12%), and sternal reentry injuries may also increase the risk of adverse outcomes. [3,4]

In recent days I read a publication in which they boast a valve in valve. The innovation was that the prosthesis that the patient had was mechanical. [5] They present the case of a 65-year-old male patient with severe heart failure, poor left ventricular function based on a fully immobile disc of his mechanical bileaflet aortic valve implanted 7 years ago. After the heart team declined to reoperate the patient due to his extremely high risk, they considered a transcatheter valve-in-valve implantation as the ultimate treatment approach. After successful interventional cracking of the leaflets in vitro, this approach, together with implanting a balloon-expandable transcatheter aortic valve replacement (TAVR) into the

remaining ring, was performed under cerebral protection. The intervention resulted in a fully functional TAVR, improvement of heart function, and early discharge from the hospital. First, the patient consented to transcatheter valve-in-valve implantation into his failed mechanical prosthetic aortic valve facilitated by fracturing of the leaflets knowing it would be the first-in-men human procedure. A full body low dose CT scan performed at 4 months follow up detected 3-disc fragments in the iliac arteries causing no symptoms antagonist to prevent any thrombus formation at the TAVR prosthesis.

The gradient above the TAVR is unchanged with 14 mmHg, the patient feels much better than before the intervention and can perform his daily tasks in his domestic surroundings.

They concluded that non-functional mechanical prosthetic valves might be successfully treated with a transcatheter valve-in-valve implantation given this procedure is performed in an experienced centre and the critical issues are identified before. Potential impediments of the procedure include the distance from the remaining ring to the coronary arteries, cerebral protection from disc fragments, and haemodynamic instability between the fracture and successful implantation of the new valve.

There are many things to analyze from this case report. The first thing I saw in the image they publish, where in-vitro they show how they fractured the prosthesis, were many METALLIC fragments. That is, a lot of risk of frank embolism. It is only an isolated case and with this we cannot conclude that "We already have a new treatment strategy for mechanical prosthesis dysfunction in the aortic position"

Bioprosthetic valves are increasingly being used in younger adult patients and have been associated with good long-term survival [7]. However, bio prosthesis durability is becoming a major clinical issue as the incidence of aortic bio prosthesis structural valve deterioration requiring reintervention is 20% to 30% at 10 years and more than 50% at 15 years [8], with a younger age at implantation, renal failure, hyperparathyroidism, higher

Percutaneous techniques have an important place in the arsenal of treatments for cardiovascular diseases, but We cannot allow free use and perhaps, on many occasions, poorly indicated. WHAT should surgeons do? I believe that we must be more inclusive in publications, innovations and above all in generating our own patients [10] There are major conflicts of interest with the industry and that is the main factor, I believe, for the excessive use of percutaneous procedures. With the above, I want to clarify that i am not against percutaneous technological advance, if it appears that I am hostile to current cardiology practice or interventions, let me emphasize that this is not the case. If used appropriately, the outcome will be effective and prove to be a worth- while intervention. 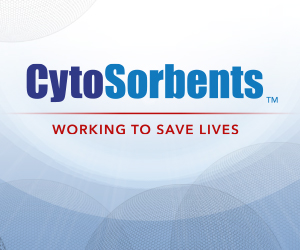